The second solo album from the wonderful Zita Swoon frontman.

Hear the single ‘Back On The Road’ here 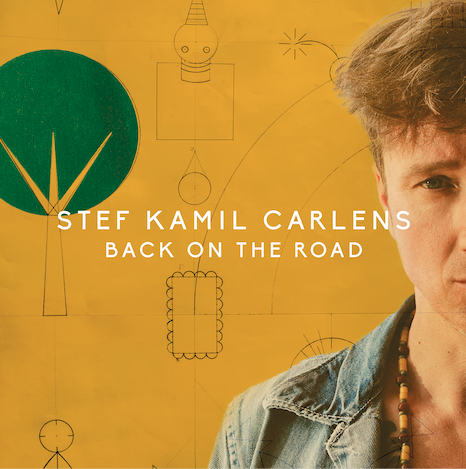 ” Back On The Road ”, a wonderful, bluesy road trip that takes you to a dusty, extremely hot desert, kicks off the album impressively and is also the new single that is now available everywhere.

Stef Kamil Carlens today releases his brand new single ‘Back On The Road’. After the successful adventure in ‘Love For Music’, with particularly appreciated covers from Kommil Foo, Bart Kaël and Ilse DeLange, it’s time for your own songs. ‘Back On The Road’ – written, performed, recorded, produced and mixed by Stef himself in his own Rabbit Field studio – is the predecessor of ‘ Making Sense Of ∞ ‘, Stef Kamil Carlens’ 2nd solo album that will be released on 20 September .

“Someone leaves his house, his cocoon, his security, his permanent place and starts to travel. He has done it before, so the feeling of being on the road and the places where he ends up are familiar. Or does he recognize a world he has seen in a dream before? His garden, where roses once bloomed, is overgrown with weeds and bamboo. His old familiar house is swallowed up by nature, but his heart beats like never before and he feels his blood rush through his veins like a wild stream. ”