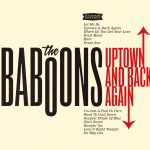 The Baboons are five young, healthy guys from Turnhout, Belgium who found a spot on the top of their national roots ‘n’ roll scene some five years ago. Like true monkeys they keep on swinging and just won’t let go. They already played all major roots festivals in Europe and released a second album in 2011: Back Scratch. The record, which is also available on vinyl, bursts with pounding rock ‘n’ roll backbreakers, black soul influenced rhythm and blues tunes and swampy southern country riffs. These hepcats shared the stage with legends as The Blasters and Bo Diddley and will explore Scandinavian grounds for the first time early 2012.